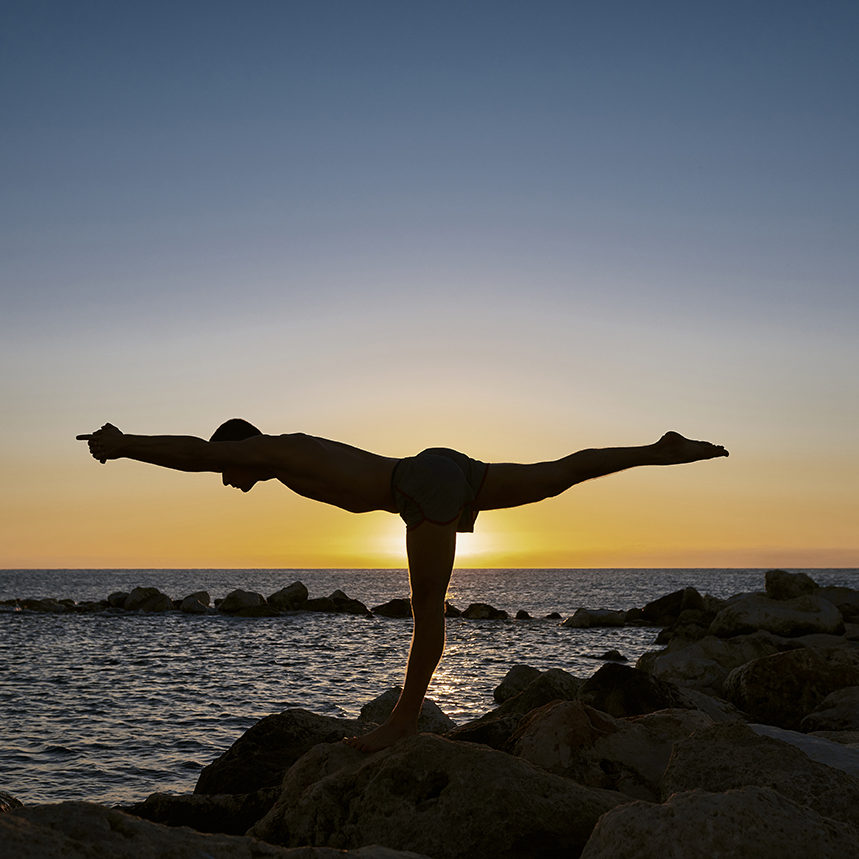 Maris discovered Yoga 11 years ago in Latvia after an injury that limited his physical abilities. The following year, he moved to Scotland and joined regular Ashtanga Yoga, which helped him to discover the possibilities of the human body and mind.

In 2010, Maris travelled to India to deepen his Yoga journey. There he learned Ashtanga Trishthana method with Yogi Pramod, a one month Intermediate course.

In 2011, he went back to India to get fully certified as a Yoga Teacher RYT500h. Back to Scotland, he taught Vinyasa flow and got introduced into Vipassana meditation.

In 2013, he got qualified as a Hot Yoga Teacher (Bikram serie) by Camyoga in Cambridge, and he was invited to join their team. Since then, Maris has worked as a hot yoga teacher (Vinyasa flow and hot bikram) also in London and Shanghai.

For the last two years, he has had other commitments which made him to adapt his Yoga practice into a more disciplined and conscious self practice.

After many years of yoga adventures, he has found the perfect team and space to develop a healthy community in Altea and surroundings.

Maris teaches at Hot Yoga Altea in English. He specializes in advanced workshops such as headstands, handstands and arm balances, Ashtanga and Hot Yoga Bikram.

Since the opening of his hot yoga studio in Altea, he has registered as Experienced 500h in Yoga Alliance and is the Lead Teacher in his Hot yoga Altea School, (Registered Yoga School 200h). Maris has developed an Ashtanga Teacher Training and a Hot Yoga (Bikram) Teacher Training.